Common values suggest common purposes
Faith is the key to success
Strength lies in shared emotions
In my opinion waiting for all the necessary conditions is not a winning policy.
Today, security cannot be geographically isolated. 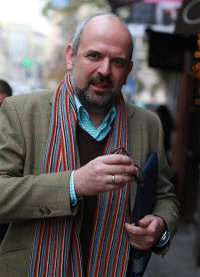 Date: 03.11.2020
The Atlantic Club of Bulgaria Invited Iliya Lingorski for the Chief Economist Role This is an entirely new position established to meet the challenges of the COVID-19 pandemic in the EU and NATO November 3, 2020, Sofia – The economist and former Deputy Minister of Finance (2003-2005) Iliya Lingorski was appointed as Chief Economist of the Atlantic Club of Bulgaria (ACB). ...read

The European Union must become a collective member of NATO as a way of fashioning a qualitatively new relationship between the two organizations, according to former Bulgarian Foreign Minister Solomon Passy. In an exclusive interview for Novinite. ...read
» View all articles

Dr. Solomon Passy - an inspiration for the future generations

With his rich expеrience and devotion over the years, Solomon Passy became one of the most successful politicians in Bulgarian history. He played a key role in the negotiations for Bulgarian membership in NATO and EU. Solomon has a wonderful wife and three children.
...read

Solomon is married to Gergana Passy, who was (2001-2009) the EU Minister of Bulgaria, MP,Deputy